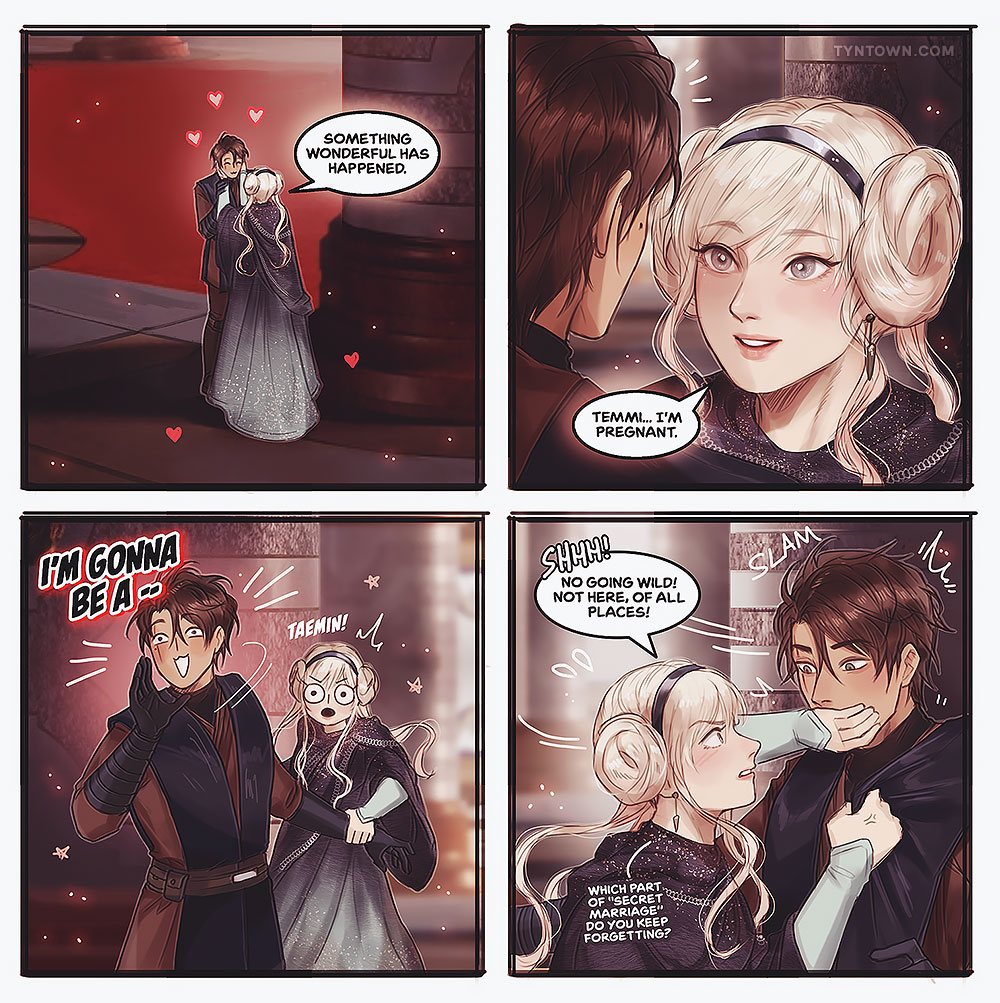 The fateful year where everything crashes and burns for Taemin… literally.

The fateful year where everything crashes and burns for Taemin… literally.

After months of engaging in intense battles in the Outer Rim sieges, Taemin finally makes his way back to Coruscant. There, Hailey breaks the news to him.

Taemin, the overly-excited father-to-be, eventually has nightmares of Hailey dying during childbirth (which was extra worrying, as the same thing happened before he lost his mother). In fear of losing her, he turns to the dark side and pledges himself to Darth Sidious, hoping to prevent the his wife’s death. He also slays the Jedi at the temple as well as a bunch of younglings. He had a lot of pent up anger — this man truly had major issues.

Order 66 was executed, and the clone troopers have all turned on their Jedi generals. It was the great Jedi purge. Gilroy, on the run, meets up with Hailey hoping for information on Taemin’s whereabouts.

With Hailey not wanting to snitch just yet, she hurries over to Taemin and tries to get answers from him. Gilroy, having stowed away on her ship, shows up and ruthlessly rips into his apprentice’s fragile ego (dude waited YEARS for this moment!).

A long, intense fight between master and apprentice ensues, with Gilroy winning the duel (thanks to the high ground). He takes Hailey to Polis Massa, where they find out her vitals are rapidly dropping due to unknown reasons, and rush to save the babies (She’s carrying twins! Poor girl probably never went to get checked in fear of exposing the relationship).

So… that’s all 24 of the little Bork Wars Advent Calendar mini-comics I did for 2021! You’ve basically sat through a condensed, discount version of the Star Wars Prequels lol. I’m hoping to expand on some plot points some more, with my own litlte spin of course. There’s still a lot of content to milk out of these, so please be on the lookout for some expansions! Here is a little bonus I drew for the 25th, enjoy!

*sad mechanical noises in the distance* …..

happy to have you here!