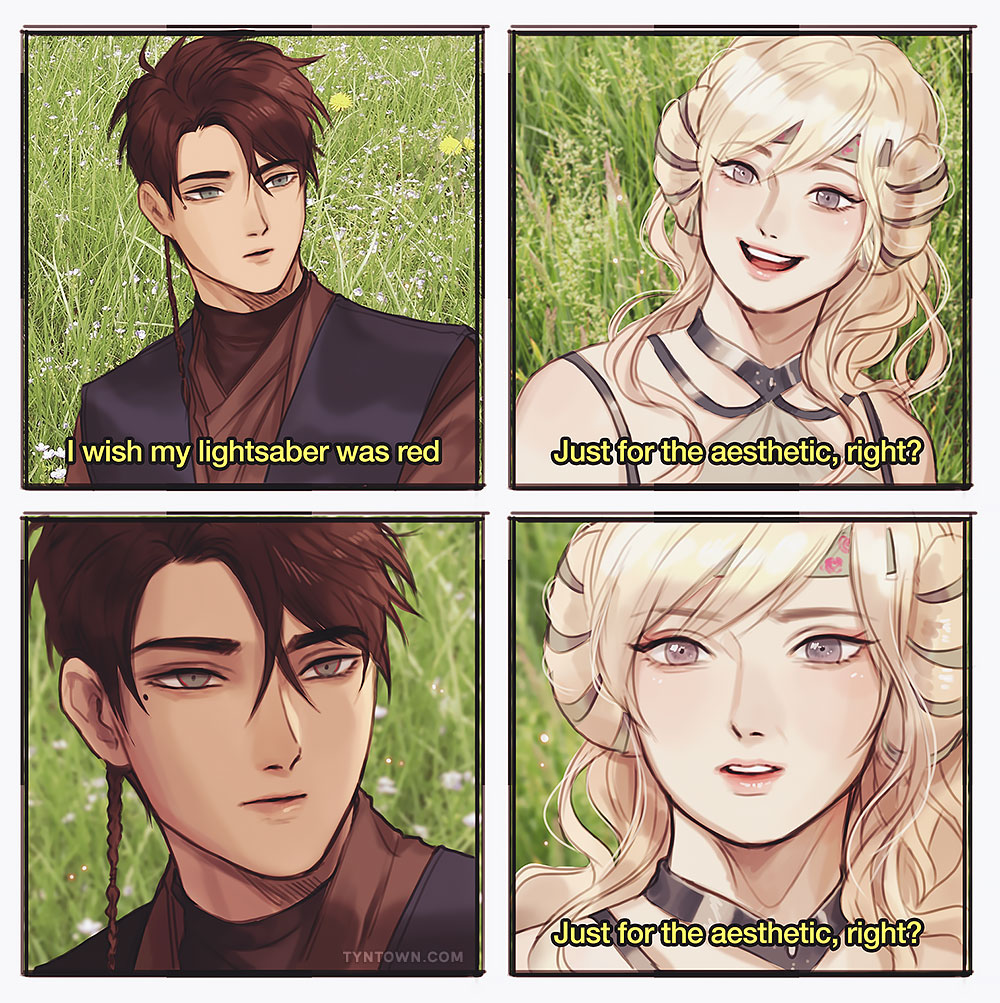 Taemin embarks on a major mission with his mentor Gilroy. He also makes bad attempts at flirting.

Taemin embarks on a major mission with his mentor Gilroy. He also makes bad attempts at flirting.

NOTE: My OCs only take on the role of a select few characters. All other characters are left as they originally are in Star Wars (like Qui-Gon and Yoda). Also, none of these comics are meant to be accurate to the original timeline / plot.

Taemin Skywalker joins his mentor, Gilroy Kenobi on a mission to investigate the recent attempt on Senator Hailey Amidala’s life. Taemin is pretty nervous as he hasn’t seen Hailey in over 10 years. Yes, he still has a crush on her.

While Gilroy sets out to track down the assailant, Taemin is assigned as Hailey’s Jedi bodyguard and they head out to Naboo, Hailey’s homeworld. They stay at her family’s beautiful lake retreat, like college lovers on summer vacation; except, one of them is a horrible blushing mess (well, the boy has 0 experience with flirting and is basically a space monk).

They frolic like there’s nothing to worry about. Aside from Taemin’s worrying remarks about wanting a traditionally Sith exclusive weapon, it’s all good.

The pair receive a transmission from Gilroy, asking them to forward his distress signal to the Jedi council, and to stay put in Naboo to protect the senator. Both of them disobey and followed him to Geonosis. Without a solid plan, the three end up chained in the middle of a coliseum, about to be dinner to a bunch of monsters.

Of course, they have plot armor. Other Jedi have come to their aid, along with the reveal of a massive clone army ready to take on the Separatist droids. Count Dooku is on the run and they have to act quickly before they lose him.

Despite being very talented in combat, Taemin is still young, inexperienced, and extremely reckless; rarely heeding his master’s orders.

Once the fiasco has blown over, Taemin and Hailey return to the lake retreat in Naboo and gets married (secretly, of course; as it is heavily forbidden for Jedi to have any sort of attachments).